Light for the World: Tiny solar lanterns bring hope and light to millions

For 1.3 billion people around the world, reliable electricity is a luxury. Kerosene lamps are the main source of light for a household, but kerosene fumes are harmful to inhale and especially toxic for women and children. Nokero Solar has a solution that is already improving millions of lives in more than 120 countries.

Nokero portable lanterns light up dark nights to enable children to read and study and add more than 1 billion hours of productivity for local shops and home-based businesses. Powered by small pieces of SunPower Maxeon solar cells, Nokero lanterns produce twice as much energy as similar products. In fact, Nokero believes they’re the most efficient solar lanterns available in the world.1

These simple, lightweight lanterns have been a catalyst for economic and community growth, but more importantly, a healthy alternative to kerosene lamps. The solar lights eliminate the harmful exposure to kerosene particulates for an entire family, reducing energy costs for families who spend up to 25% of their monthly income on kerosene and candles.

Nokero has made a mission of eliminating kerosene and lifting up energy-poor communities. The company partners with local aid organizations to distribute its lights to people in low-income countries as well as those in disaster-relief areas.

How It Works: Power-Packed Solar Charging

On top of each light is a miniature flat solar "panel" with tiny pieces of Maxeon solar cells, which generate more power from a smaller space than conventional cells, enabling Nokero to produce the power-packed lanterns in such a small form factor. The lights can be charged all day and used all night – a single day's charge can provide light for up to 15 hours (on low light setting). 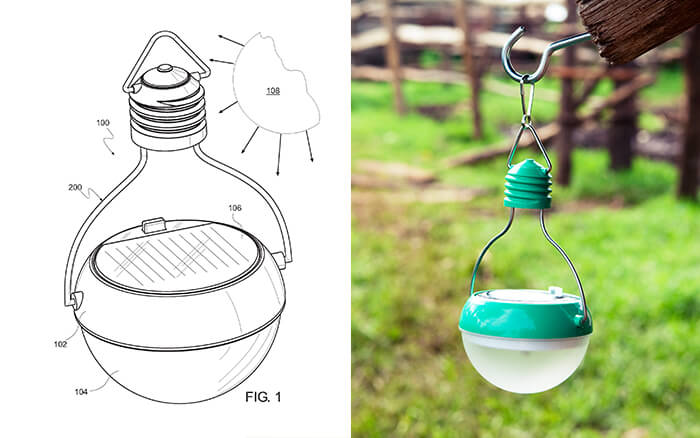 Nokero combined LED bulbs with the industry-leading efficiency of Maxeon solar cells to create the world's most efficient solar lantern. 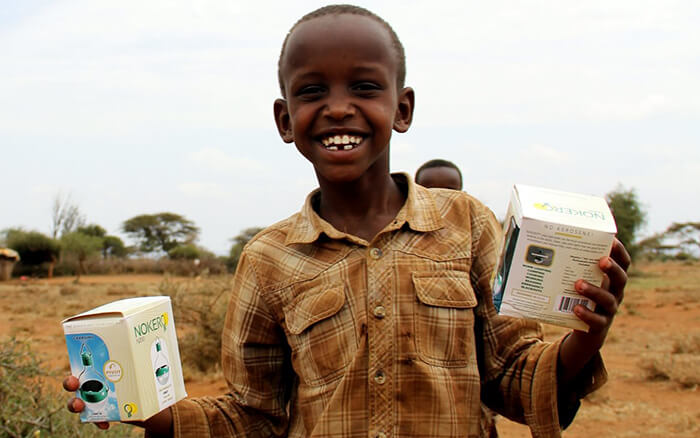 While the company offers a range of products (the latest also includes a USB charger and embedded battery storage), Nokero's smallest solar lights are one-third the size of the industry average, making them fit easily into a pocket and efficient to transport in large quantities to hard-to-reach markets. For organizations working to improve the lives of people worldwide without reliable access to electricity, they're indispensable.

The Nokero solar light is the brainchild of Steve Katsaros, a product innovator and president of Nokero. Katsaros originally intended the lights to be used in construction but quickly saw the potential for disadvantaged communities who are most affected by kerosene fumes and fires.

Nokero – short for "no kerosene" -- received a Patents for Humanity award from the U.S. Patent and Trademark Office for helping to bring affordable, renewable energy to the far-reaches of the globe. Coincidentally, this is the same award SunPower won in 2015 for its Solar Service Station, underscoring the like-minded approach of both companies. 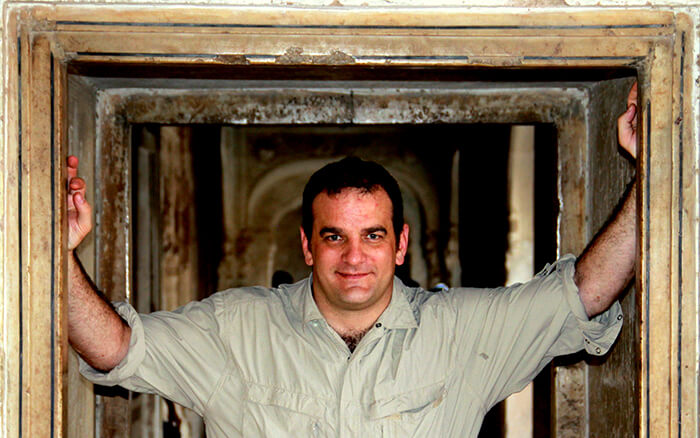 Nokero founder and CEO Steve Katsaros, pictured in Pakistan in 2010

As Katsaros describes it, there's nothing more inspiring than hearing from his customers: There's a boy named Joseph from Kenya who sent me an email and said "…you don't know me. We've never met. Somebody purchased a couple of solar lights for me and my siblings. I'm the first one in university because I could study for hours every night when I couldn't before." When Joseph went to university, he passed his solar light on to his younger sister, and now she's using it to extend her study time and light up her own education. One spark of innovation is lifting up millions of lives – bringing hope for a better future – and passing it on. 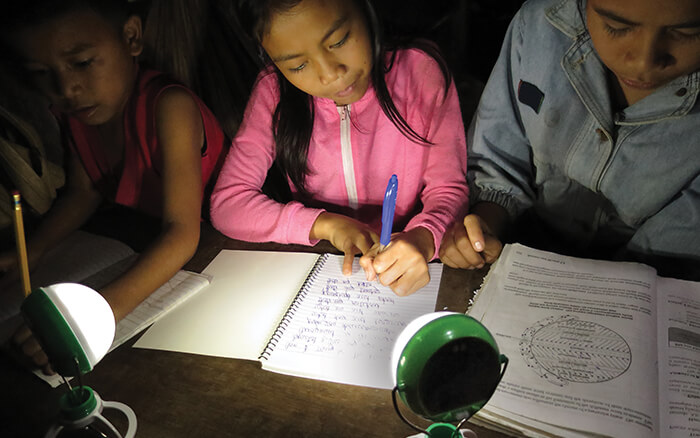